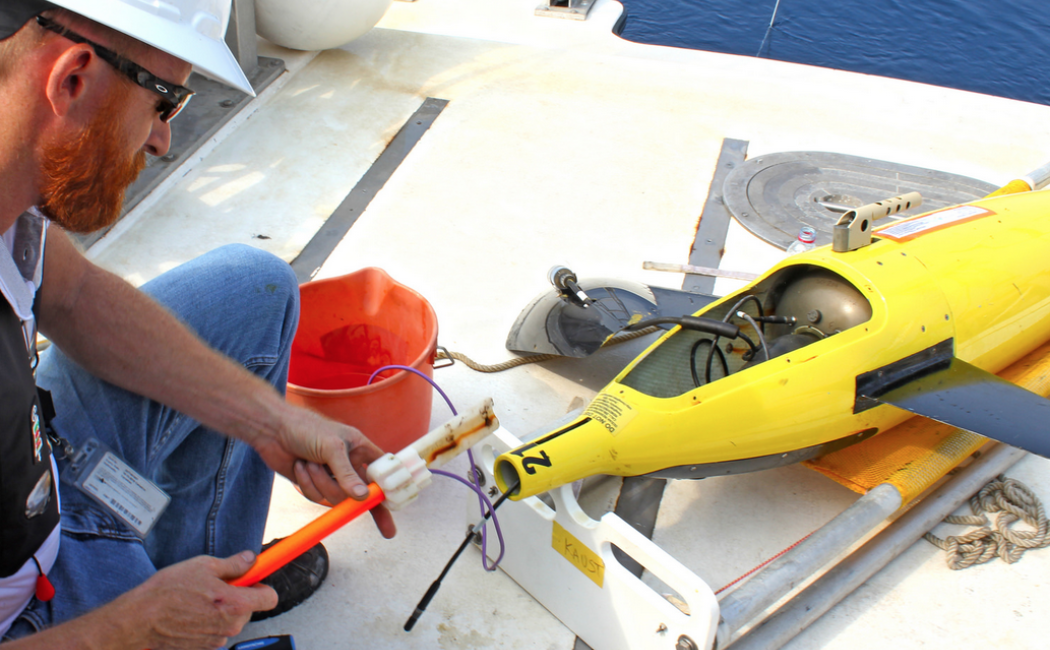 ​For KAUST Ph.D. student Nikolaos Zarokanellos from the University’s Red Sea Research Center (RSRC), nothing is more fascinating than studying the unknowns of the world’s oceans.

“I grew up in a town about 3 kilometers away from the sea near Patra, Greece, and spent most of my free time at the beach,” he said. “I was fascinated by the fact that despite all the technological advances we have, we’re not able to explore the oceans to the level we want. We made it to the moon, but we are still struggling to explore life in the deepest parts of the oceans and understand marine organisms living there.”

“HCMR previously closely collaborated with KAUST, so I learned about the University and its great facilities and opportunities while working there. I was especially interested in assisting to start a glider program at KAUST, in which researchers use autonomous underwater robots  to understand the physical and biological variability of the Red Sea,” he said.
Studying the Red Sea
KAUST professor of marine science, Burton Jones, head of the Saudi Aramco-KAUST Marine Environmental Research Center and Zarokanellos’ Ph.D. supervisor, noted “we want to be able to watch the oceans continuously, but this is difficult because we can’t leave a crew out on a ship for months at a time. We can, however, leave the gliders—small robotic submarines about 2 meters long—in the oceans for long periods of time, giving us a continuous presence there. Watching conditions continuously in both space and time presents a tremendous advantage for us.


Read more about this story and view photos and video by clicking on the link below.
https://www.kaust.edu.sa/en/news/Pages/Glider-transforms-knowledge-of-Red-Sea-in-1000-dives.aspx