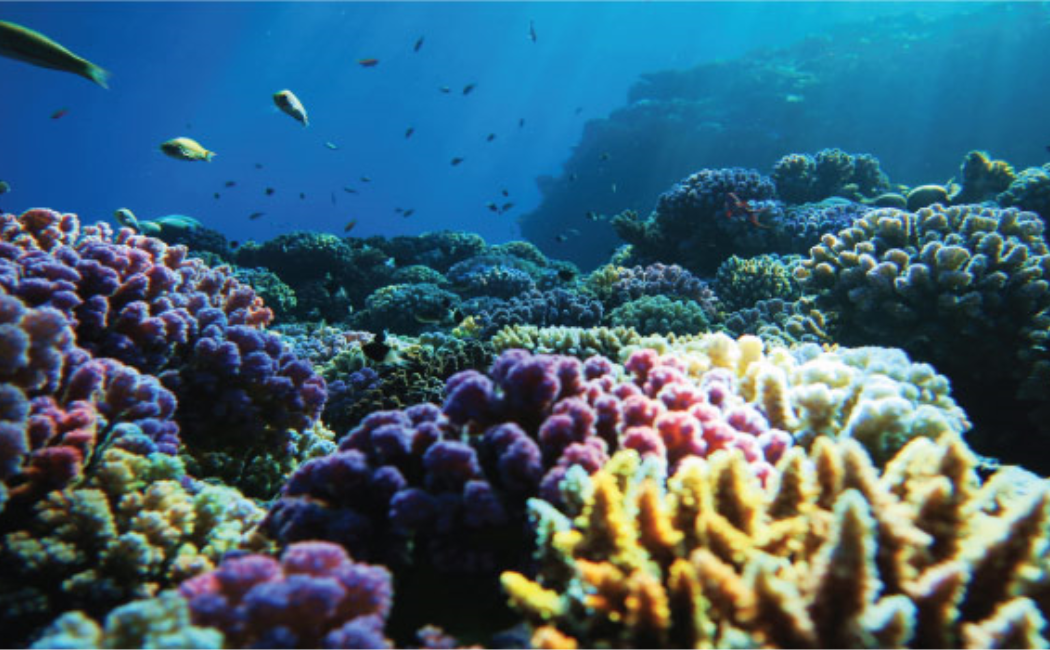 Warming waters and oxygen depletion in the Red Sea could slow the flow of organic carbon from the surface into the deep ocean where it can be stored, out of reach of the atmosphere. A KAUST team has used an underwater robot to investigate the little-studied mesopelagic, or "twilight," zone, at depths of between 100 and 1000 meters.

The oceans absorb billions of tons of carbon dioxide (CO2) from the atmosphere each year that either dissolves or is transformed into organic carbon by plants and phytoplankton in the sunlit shallows (0 – 100m). Most of this organic carbon is converted back into CO2 by microorganisms as it falls through the mesopelagic zone, but some of it eventually sinks into the deep ocean, where it can remain for centuries.

Understanding what controls the fate of organic carbon at different depths could help scientists predict how the oceans will absorb and store atmospheric CO2 in the future. Malika Kheireddine and her team used an underwater robot equipped with bio-optical sensors to measure particulate organic carbon (POC) variations between the surface and the bottom of the mesopelagic zone in the northern Red Sea, where sea temperatures are rising particularly fast. “The Red Sea offers unrivalled opportunities as a natural laboratory for studying the impact of climate change on the fate of organic carbon,” says Kheireddine.

Throughout 2016, the device also measured water temperature, salinity, density and oxygen concentrations. “Our observations allowed us to estimate the rates at which POC is converted back into CO2 by marine microorganisms,” explains Giorgio Dall’Olmo, a co-author from the UK National Centre for Earth Observation, “and how these microorganisms are affected by temperature and oxygen levels.”

In the Red Sea’s warm and oxygen-starved waters, the conversion occurred mainly in the shallowest, most productive layer of the mesopelagic zone; only 10 percent of POC sank below 350 meters. “The conversion rates could be expressed as a function of temperature and oxygen concentration,” adds Kheireddine, “which could help us predict how climate change will affect these rates in the future.”

The team was surprised to find that more than 85 percent of POC was broken down within a few days of entering the mesopelagic zone, whereas the rest drifted for weeks to months before being consumed. There are multiple drivers of organic carbon transfer and transformation in tropical seas.

“Underwater gliders in the Red Sea are collecting continuous data that could reveal the effects of physical processes, such as eddies and coastal currents, on these biogeochemical processes,” says group leader Burton Jones, a marine scientist at KAUST.

“The fate of organic carbon in the oceans affects the global climate,” says Kheireddine. “Our findings will help refine models showing whether the amount of carbon sinking in the ocean is increasing or decreasing.” The deeper organic carbon sinks before it is converted to CO2, the longer it is likely to remain there, locked away from the atmosphere.