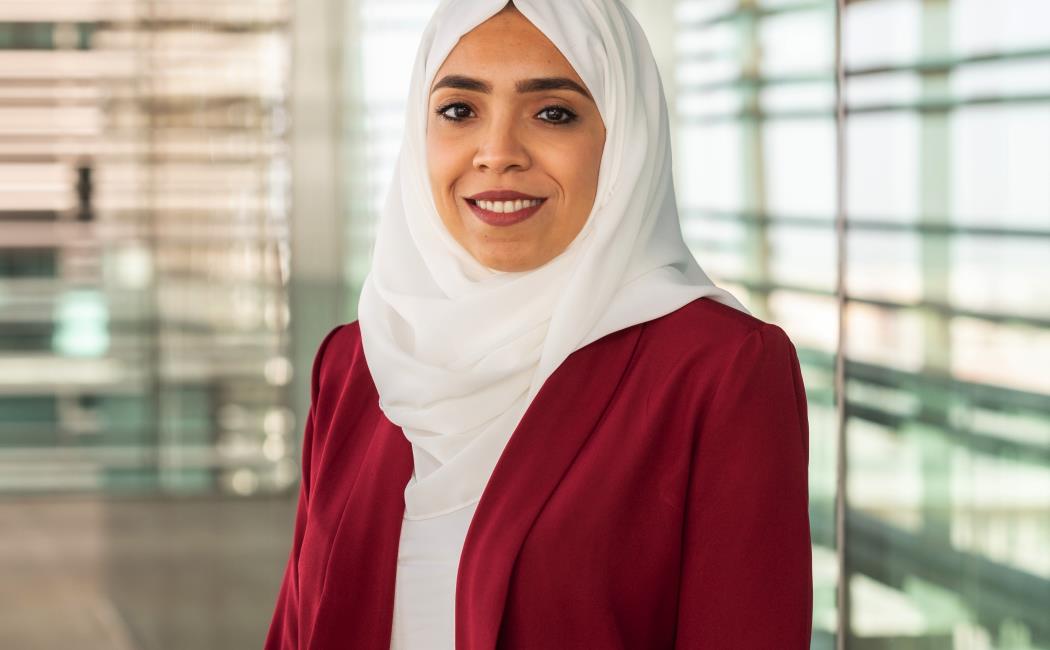 Fascinated by how the wind moves from one place to another, Lina Eyouni became hooked on meteorology at a young age and hoped to follow in her father's footsteps by studying atmospheric science. There was just one problem: postgraduate studies in this discipline were not yet open to women. But when one door closes, another invariably opens. So when the marine department announced it was offering a masters program for females for the first time, Lina jumped at the opportunity, opting to study physical oceanography, with a focus on interactions at the air-sea interface, instead.

Lina completed an undergraduate degree in Physics, followed by an MSc in Marine Physics at King Abdulaziz University before joining KAUST's marine science program for her PhD studies in 2016. For her master's thesis, she investigated the role the atmosphere plays in sea level variation using neural networks — a series of computer algorithms that work in a similar way to the neurons of the human brain to recognize underlying patterns and relationships in a data set.

The focus of her PhD was to gain a better understanding of circulation and water mass formation in the Northern Red Sea — one of the saltiest basins in the world's ocean —  in response to wind and thermohaline forcing (circulation influenced by temperature and salinity content, which together determine the density of sea water), which drives circulation of water masses in the ocean.

"Physical oceanography studies the formation and driving mechanism responsible for the movement of the currents, the interaction between the ocean and the atmosphere, and how the ocean stores heat and releases it," Lina explains. "In addition to that, it helps us gain a better understanding of the properties of the water."

"Changing sea levels and ocean currents will impact aquaculture, shipping, food production, tourism, and recreational industries," says Lina. "In addition, an increase in sea level will affect marine habitats such as coral reefs, salt marshes and other shallow coastal ecosystems. These habitats provide natural coastal defense against storm surges and serve as nursery grounds for species that are important for fisheries and ecosystem health."

"Considering that more than 70% of the Earth's surface is covered by oceans which contribute to nearly 50% of global net primary production, they are also one of the largest carbon reservoirs on Earth," says Lina. "They are therefore essential in regulating the Earth's ecosystem, supplying us with living and non-living resources, and providing social and economic goods and services."

Since the oceans play such an important role in our survival and wellbeing, it is essential that we understand the contributing physical ocean processes as well as any changes that are occurring so that we can mitigate their impacts. This knowledge can help us build sustainable fisheries and develop sustainable coastlines that can withstand sea level rise and other climate impacts, for example.

In her new role as Physical Science Environmental Manager at The Red Sea Development Company, Lina brings her knowledge in physical oceanography to the table. As an environmental, physical science manager, she is responsible for advising project managers with reports and explanations with regards to the physical status of the project area, including information on behavior of ocean currents and its impact on the ecosystem, in collaboration with other scientists. Lina is excited to be part of this ambitious project and grateful for the opportunity of being part of an environmental and sustainability department that is pioneering and setting new standards for environmental and sustainable development. "Working as a team is essential to the success of the project," says Lina. "Each one of us is part of the puzzle."

When asked what the future holds, Lina says: "I would like to learn as much as possible and give this knowledge back, but ultimately would like to be able to make a positive contribution on a global scale."