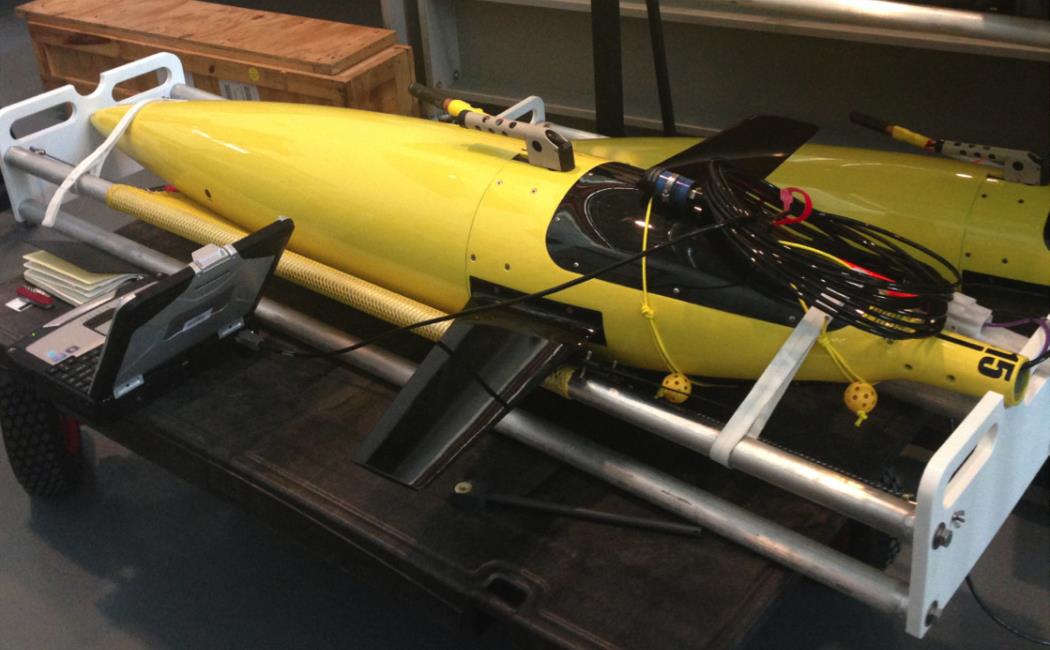 Dr. Sarma Yellepeddi preparing gliders from the dock at KAUST

Autonomous underwater vehicles known as gliders will be used to provide sustained observations of the Red Sea at several locations along the coast. These vehicles are capable of staying at sea for weeks to months and can profile from the surface to a maximum depth of 1000 meters, while travelling at a speed of 0.3 m/s (~1 km/hour). The vehicle’s path is determined by a set of waypoints that are uploaded to the glider prior to the deployment, and these waypoints can be modified by communications with the glider during deployment. The vehicles are capable of carrying several sensors that provide various measurements. Gliders surface periodically to obtain a GPS position, to communicate its position and a subset of the data during each surface communications. 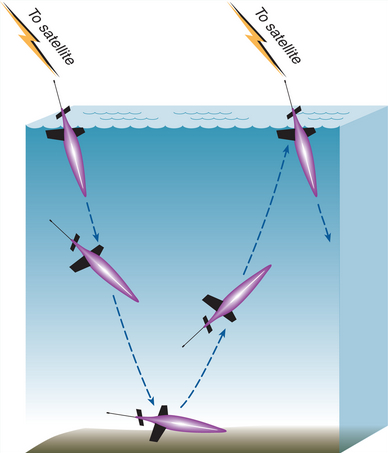 Schematic of a glider flight path (image courtesy of the University of Washington, USA)

The gliders can provide several products while they are operating:

Ultimately, our goal is to develop a smart, scalable, and adaptable capability for ocean sensing, while creatively developing technological and management solutions that transform our ability to sustainably monitor and steward the Red Sea.
​Co​astal and Marine Resources Core Lab​, KAUST
Seaglider Fabrication Center, University of Washington, USA