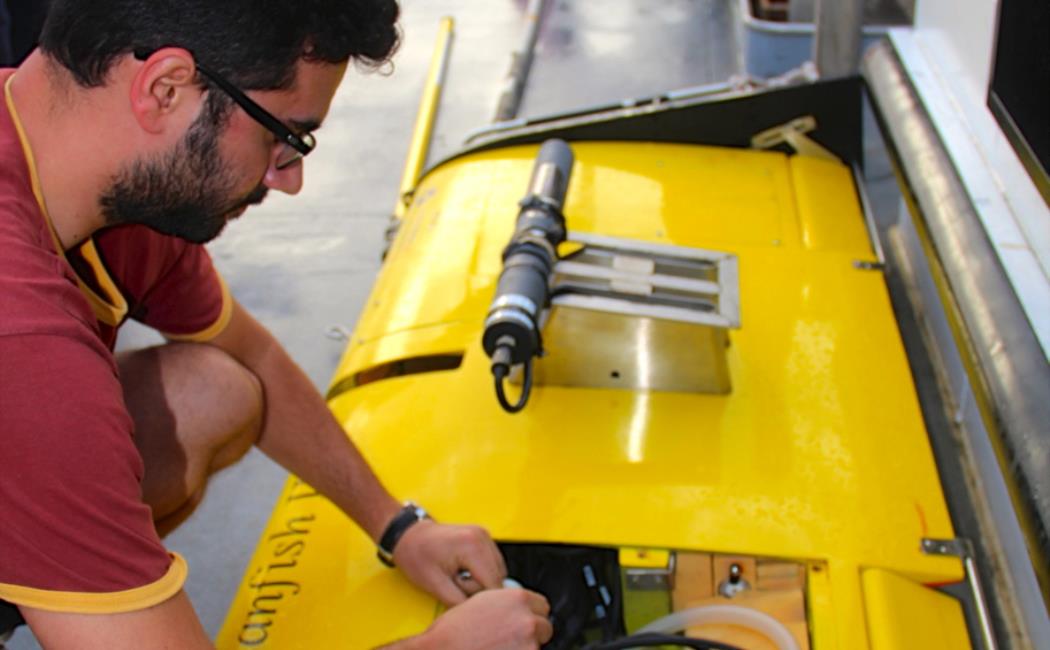 Preparing to launch a bio-optical profiler in the Red Sea

Mesoscale eddies are the ‘weather’ of the ocean and play a significant role in the thermohaline circulation. Eddies are responsible to transport heat, salt, and other tracers and distribute these properties to the natural habitat models and observations of the Red Sea indicate that mesoscale eddies are important to the physical and biogeochemical processes and exchange between the open sea and the shelf and coastal boundary region. Also numerical simulations of physical dynamics and remote sensing studies of chlorophyll concentration and sea surface height in the Red Sea indicate their importance to the upper portions of the sea (Raitsos et al., 2013; Yao et al., 2014; Zhan et al., 2014).  Eddies contain most of the kinetic energy of the region with velocities that reach up to 30-35 cm/s. The physical dynamic of the system associate with biological and bio-optical distributions into the euphotic zone, enhance the primary productivity of the region. Eddies in the north central Red Sea appear to interact with the coastal reefs where may be exchange of particulate and dissolved matter occur.

Despite their apparent importance, a study of these eddies has been lacking. Our goal is to understand the variability, persistence and biochemisty of eddies that occur in the north-central Red Sea. The focus will be on three objectives to understand:

To understand the Red Sea eddies, we integrate observations from remote sensing with in situ data from gliders and ship-based hydrographic and bio-optical observations.  While we do not yet fully understand the forcing mechanism(s) of these eddies, we are building a set of AUV and ship observations that enable us to track the physical and biogeochemical evolution of these features. 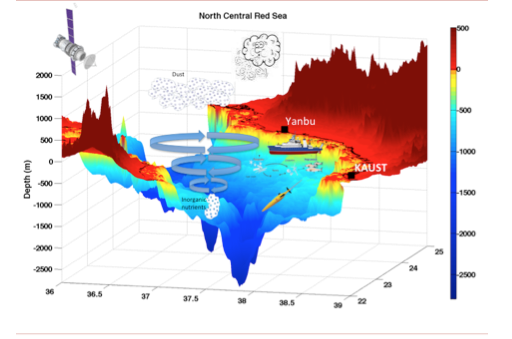